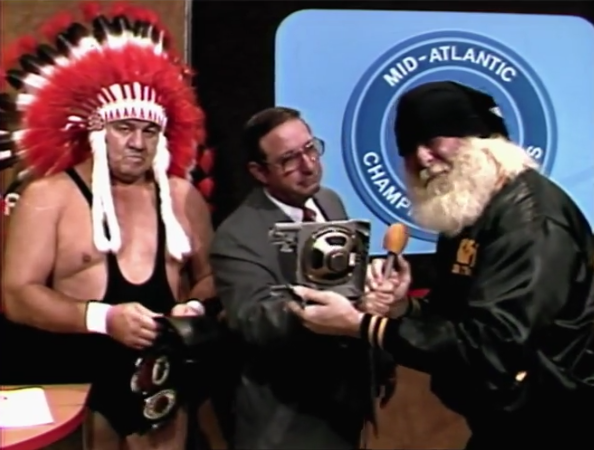 * Don Kernodle is suddenly – and strangely – summoned by Sgt. Slaughter to leave the studio and get to Tokyo ASAP.

* After a week of resurrection, the music is once again dead for the Boogie Woogie Man Jimmy Valiant – and he’s not taking it well.

* Dory Funk Jr is on the scene, and he’s offering a staggering amount of money to anyone who can last ten minutes with him.

* We open the show with our thoughts on Hacksaw Butch Reed, who had recently passed away when the podcast was originally recorded.

* Bonus audio of Gary Hart promising a favor for Ric Flair, while Mama Cornette buys her son his first woman (client) in Memphis. 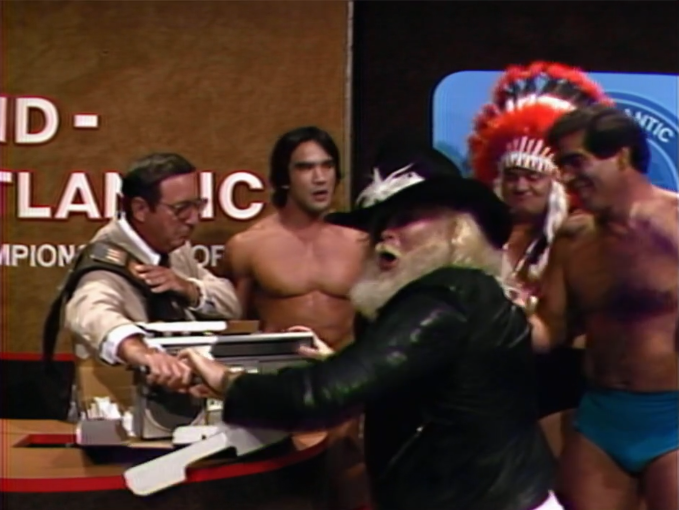