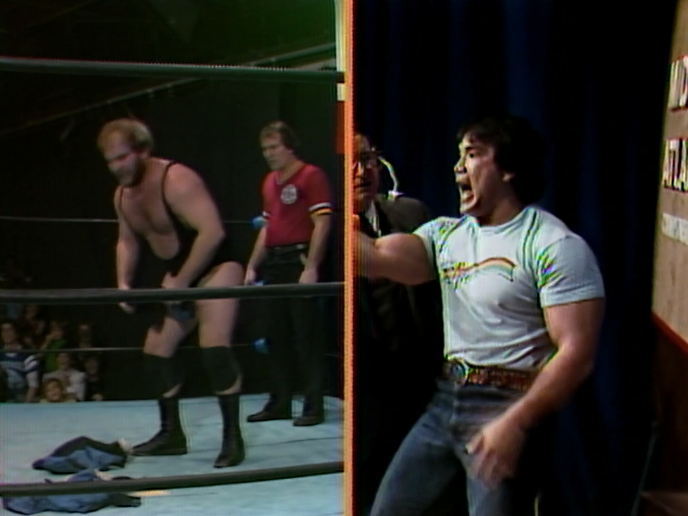 * One of the great moments from the feud between Sgt. Slaughter & Don Kernodle vs. Ricky Steamboat & Jay Youngblood: Don Kernodle tears up his own dress blazer, as the psychological tide begins to turn.

* The Unpredictable Dick Slater is back in Mid-Atlantic Championship Wrestling and living up (or down) to his nickname.

* Roddy Piper provides some of today’s soundtrack, joining Bob Caudle at different points during the show, including during a Jay Youngblood dismantling of Ricky Harris.

* We also take a trip down to Florida for their television this week, which features a very familiar angle to Mid-Atlantic fans, as Ric Flair takes on Barry Windham.