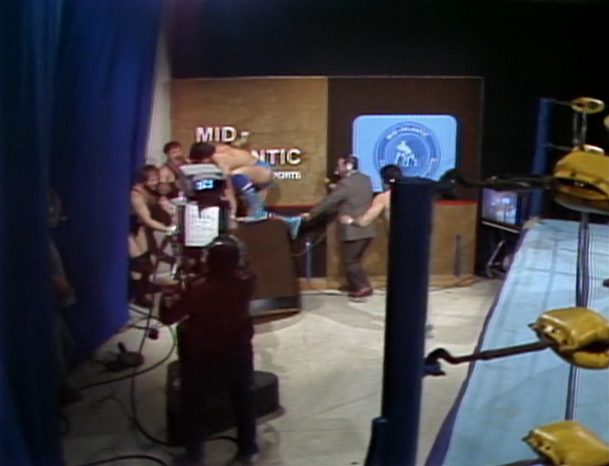 * Jay Youngblood and Ricky Steamboat make a shocking, and emphatic, return to the program to gain a measure of revenge on Sgt. Slaughter and Don Kernodle.

* With Roddy Piper on the sidelines, it’s up to Cowboy Bob Orton Jr. and Jimmy Valiant to carry the weight of the babyface locker room (and its storylines) on their backs.

* Sweet Brown Sugar is getting further into the thick of things, as his contract signing with Dory Funk Jr goes awry.

* Sir Oliver Humperdink’s stable of monsters elevates once again as The One Man Gang George Gray makes his television debut.

* Mike Rotundo has himself a hat! Along with being taught the ropes by Cowboy Bob and the Boogie Woogie Man.