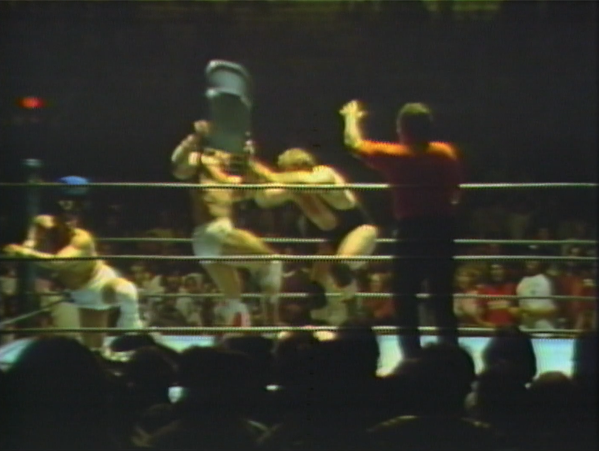 * We see the chaos that took place between the teams of Sgt Slaughter & Don Kernodle and Ricky Steamboat & Jay Youngblood, from last Saturday night, at the Greensboro Coliseum. The fallout of the match sends shockwaves through the promotion, as the National Wrestling Alliance declares it’s finally had enough.

* “Are you a boy or a man?” New Mid-Atlantic heavyweight champion Dory Funk Jr, his new manager Paul Jones and the Unpredictable Dick Slater conspire against young Mike Rotundo.

* Via the magic of videotape, Terry Funk is in action against Jerry Gray, as he demonstrates the dangers of a bunkhouse match for the Boogie Woogie Man Jimmy Valiant.

* The winds of change are blowing, as Gary Hart appears on the show to give an update on The Great Kabuki and announce that he’s scouting new talent.

* Sweet Brown Sugar and Dizzy Hogan continue to be established as the new mid-card babyface team.