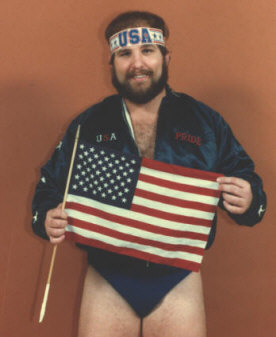 Welcome to the Mid-Atlantic Championship Podcast. Mike Sempervive returns with a very special edition of the show, paying tribute to the life and career of The Pride of the Carolinas, Don Kernodle.

In this second and final part, we continue the story of how a lifelong wrestling fan became one of the most respected workers in the business. We pick up at the legendary Road To Greensboro, and follow Don through his many adventures. Over three and a half hours, we cover everything. The match and the fallout of the legendary battle against Ricky Steamboat and Jay Youngblood, his team with Sgt. Slaughter is forced to end, traveling to the World Wrestling Federation, successes in Toronto for Maple Leaf Wrestling, brief – but legendary – teams with Bob Orton Jr and Ivan Koloff, his creation of Nikita Koloff, semi-retirement, Atlantic Coast Wrestling, and so much more!

The first part of the special looked at how Kernodle broke into the business, his wrestling education, his big break as one of Sarge’s Privates with Jim Nelson, and all of the angles that led up to the famous night on March 12, 1983.

Thank you for helping us celebrate the career of the last territorial star, the late, great, Don Kernodle. We hope you enjoy our tribute, and stay vigilant for the next podcast.