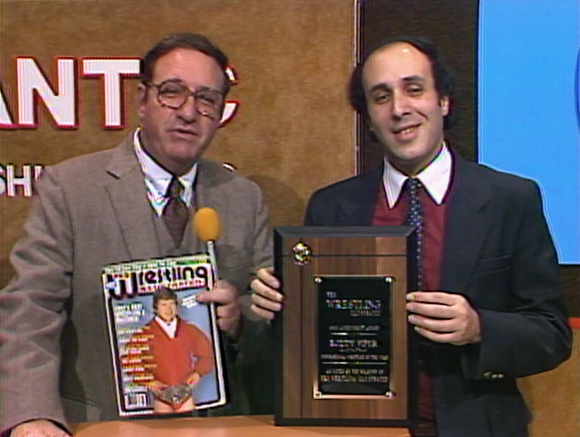 * Even with their tag team partners away for the week, Ricky Steamboat and Don Kernodle continue to find a way to get into each other’s business.

* Pro Wrestling Illustrated’s Bill Apter is on hand to deliver Roddy Piper’s plaque as the Most Inspirational Wrestler of 1982.

* Bruiser Brody makes a very rare appearance on Mid-Atlantic television, as he barnstorms through the area at the behest of Sir Oliver Humperdink.

* Mike Rotundo has won the Television championship, and chased Bad Leroy Brown from the area, but he and Jimmy Valiant are still contending with Paul Jones and the One Man Gang.

* Jack and Jerry Brisco team up and showcase their skills, both in the ring and on the microphone.