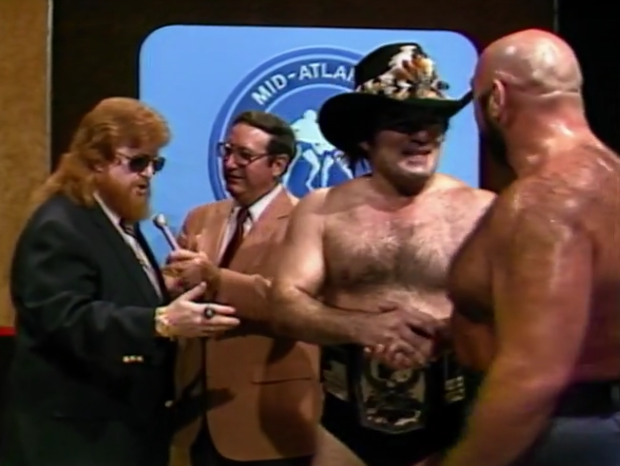 * A battle for the Mid-Atlantic heavyweight championship, as champion Jack Brisco defends against the newly-turned Paul Jones.

* The House of Humperdink prepares to grow again, as Sir Oliver has recruited a familiar face to take Wahoo McDaniel out.

* Roddy Piper’s redemption tour in the Carolinas continues, and we hear how he becomes a full-fledged babyface in Atlanta.

* A special drop into some other territorial events from this day: David Von Erich returns to Texas, and Jim Cornette tries to woo Bill Dundee.