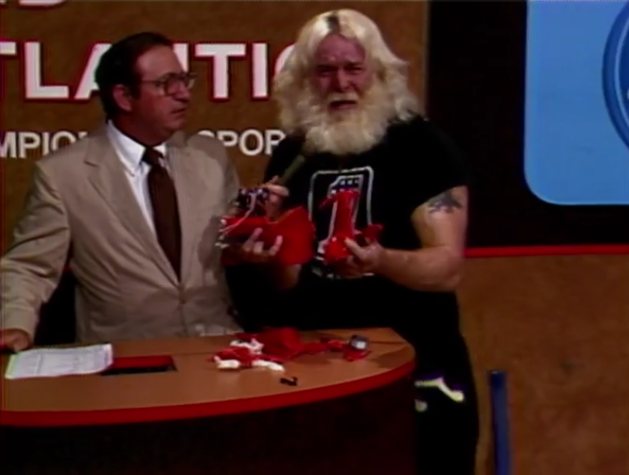 * It’s the day the music died in Mid-Atlantic, as Jimmy Valiant’s portable cassette player bites the dust at the hands of the House of Humperdink.

* Ricky Steamboat, and his old friend Jay Youngblood, gets one over on Bad Bad LeRoy Brown.

* A feature match we wanted more of: Paul Jones and Greg Valentine vs. Jack Brisco and Wahoo McDaniel.

* JIM DALTON cuts the fieriest – and best – promo of the week.