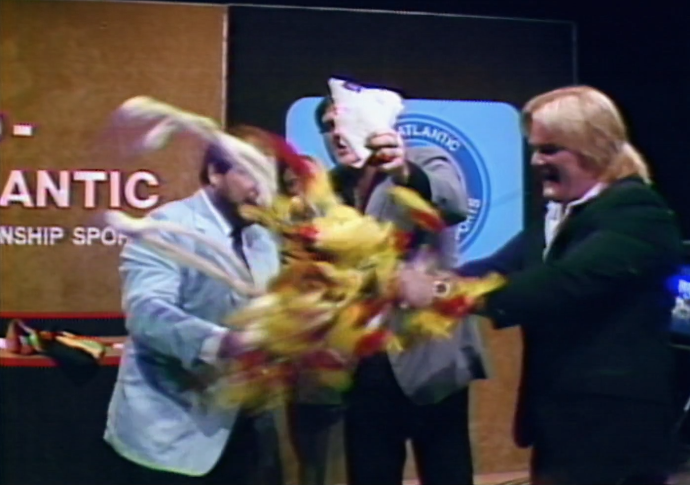 * The official kick-off to one of the hottest feuds in Jim Crockett Promotions history. A young fan sends in a gift to Rick Steamboat & Jay Youngblood – which Sgt. Slaughter & Don Kernodle don’t take very well.

* Jos LeDuc’s match with Johnny Weaver ends in controversial fashion, and then the Canadian Lumberjack has it out with NWA official Sandy Scott, all while contending with Jimmy Valiant.

* Number One Paul Jones has regained the Mid-Atlantic heavyweight title from Jack Brisco, and we hear both men’s perspective on how it happened.

* The House of Humperdink’s Bad Bad Leroy Brown continues his nefarious actions against the ball of interview energy known as Mike Rotundo.

* Wahoo McDaniel is still the United States heavyweight champion despite Greg Valentine continuing to pour on the heat.

* Plus, the passing of Blackjack Lanza, tons of historical context, important results from around the circuit, incredible promos, and so much more on another exciting edition of the Mid-Atlantic Championship Podcast!