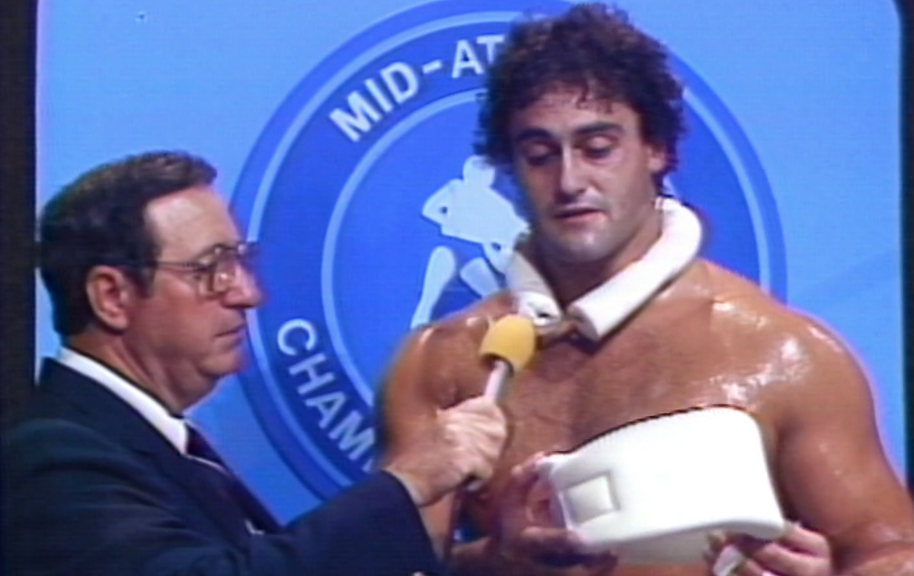 * Ricky Steamboat vs Joe LeDuc and Dory Funk vs Jay Youngblood took precedence on a program that was short on talk and long on action.

* We talk about what was missing from the Peacock/Network version of the show: Clips from All Japan featuring Ric Flair vs. Jumbo Tsuruta.

* The Boogie Woogie Man Jimmy Valiant is on the comeback trail for Jos LeDuc and the Mid-Atlantic (but not the Canadian) Television title.

* Mike Rotundo seems to have borrowed Jack Lambert’s NFL neck roll as he returns from the beating he suffered at the hands of Leroy Brown and Sir Oliver Humperdink.

* Don Kernodle continues to establish himself on a higher level than ever before, as Sgt Slaughter leads his cheering section.